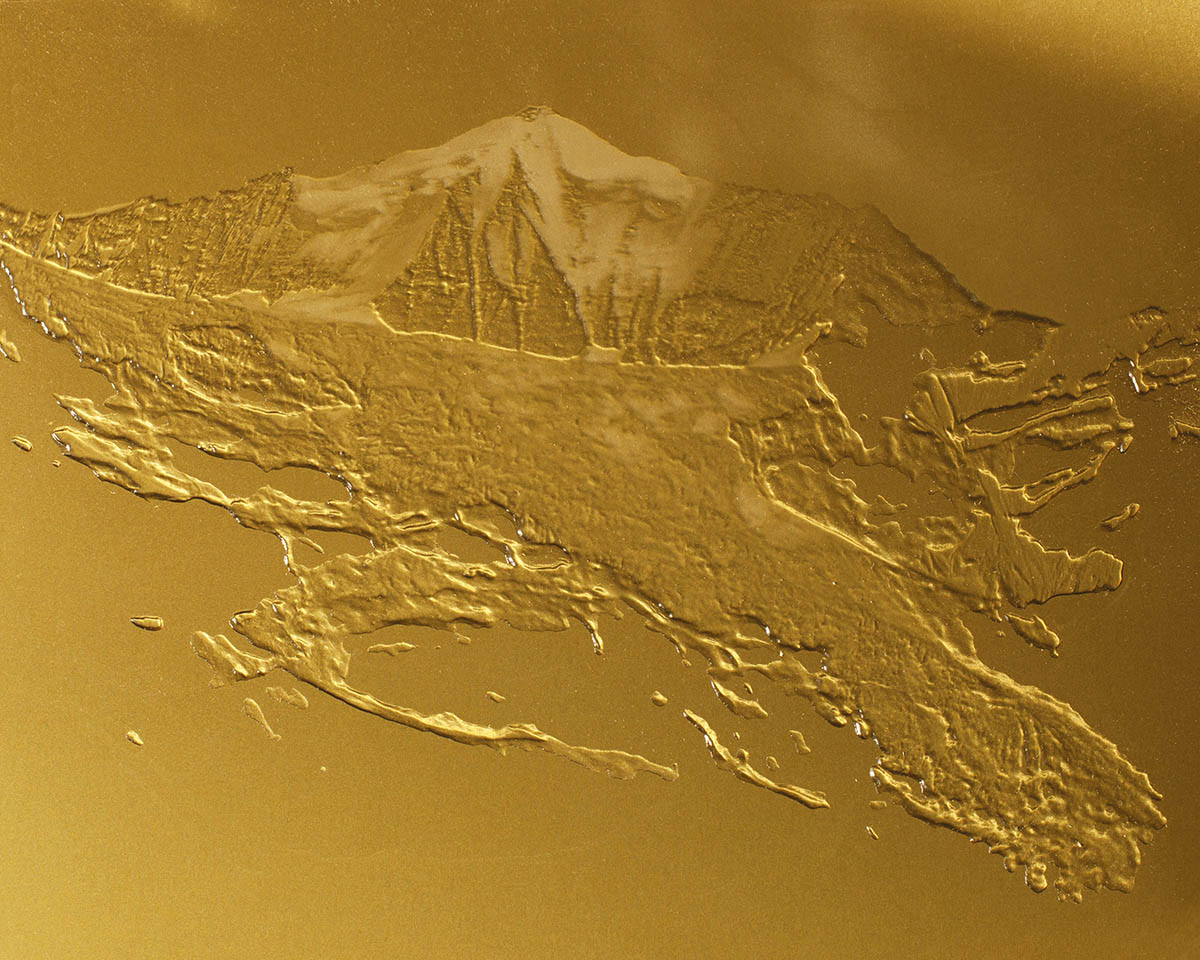 Carved by Light commemorates the 150th anniversary of the first ascent of the Matterhorn, a feat of British climbers and Swiss guides that is considered to be the crowning achievement of "the golden age of mountaineering." Kozłowska used a photographic technique that, given its time-consuming nature and the physical effort associated with mountain trekking and carrying heavy materials and equipment, brings to mind the methods employed both by the pioneers of mountaineering, and photographers of the mid-19th century. She has photographed over 40 Alpine peaks with a large-format camera of her own design, exposing photopolymer plates sized 20 x 25 cm for several hours. After they are removed from the camera and washed with water, the plates, which are only sensitive to ultraviolet rays, form three-dimensional reliefs.
The project Carved by Light was singled out in the competition Forecast in Berlin (2015), garnering praise from the distinguished photographer Bas Princen.
Exhibitions: Forecast Festival, Haus der Kulturen der Welt, Berlin (2016), Kunsthaus, Zug, Switzerland (2016).