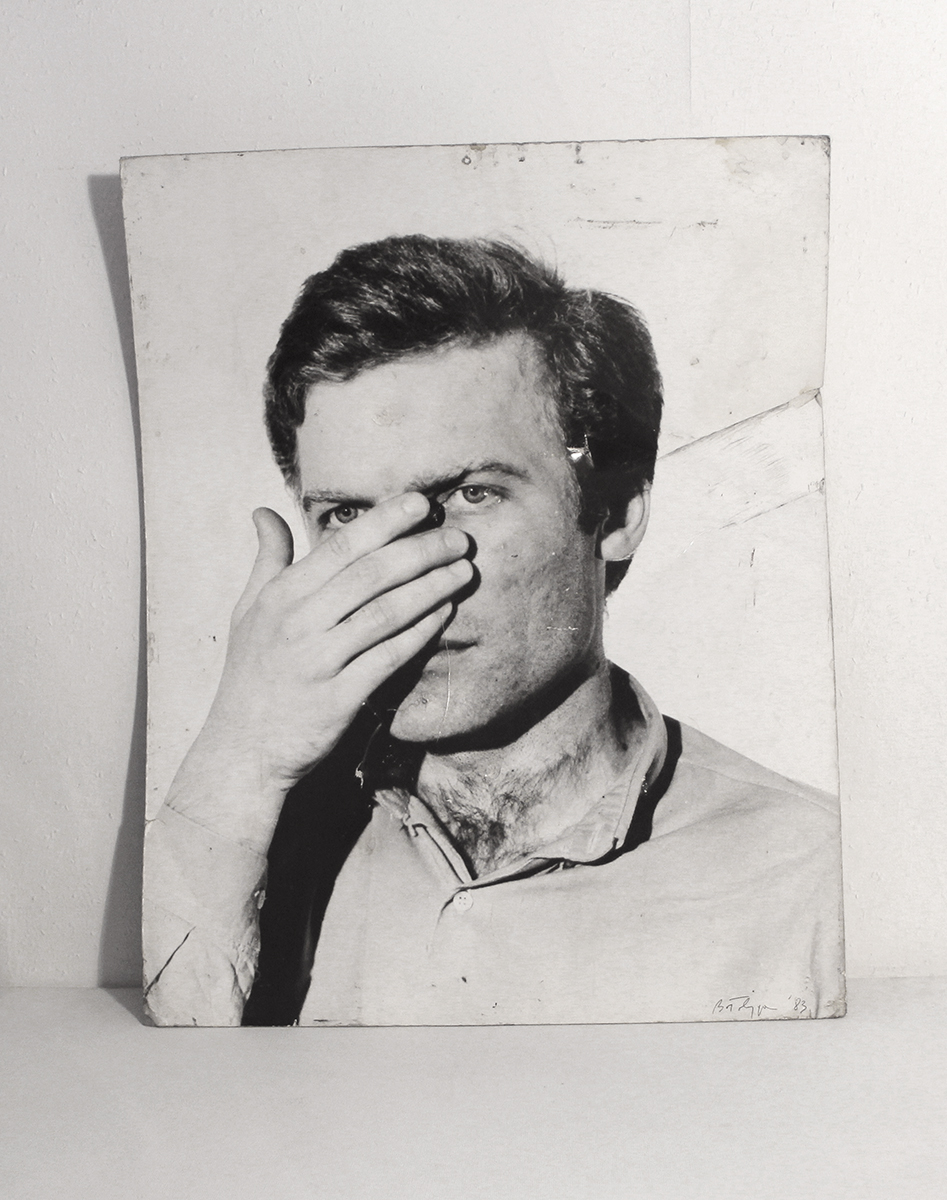 1983
gelatin silver print, mounted on aluminium plate with numerous indents and signs of damage (resulting from the performance), 54 x 42.5 cm,
signed and dated on the front, red background and white inscription
"ABUSE OF FORCE" on the reverse
edition: 1/3
vintage


The work presented here is the central object in the performance Use of Force, which Bałdyga staged for the first time during the exhibition Records, BWA Lublin (1983). Glued to aluminium plate, the photographs were brutally attacked, becoming victims of the use, or rather abuse of force. Bałdyga continued to perform Use of Force until 1985. A photograph documenting the performance is included in the lot.
Exhibitions: Records, BWA Lublin (1983); Photography of Eastern and Southern Europe, Kunstmuseum, Düsseldorf (1985); Edinburgh Art Festival (1985).
Publication: exhibition catalogue Photography of Eastern and Southern Europe (Kunstmuseum, Düsseldorf, 1985).