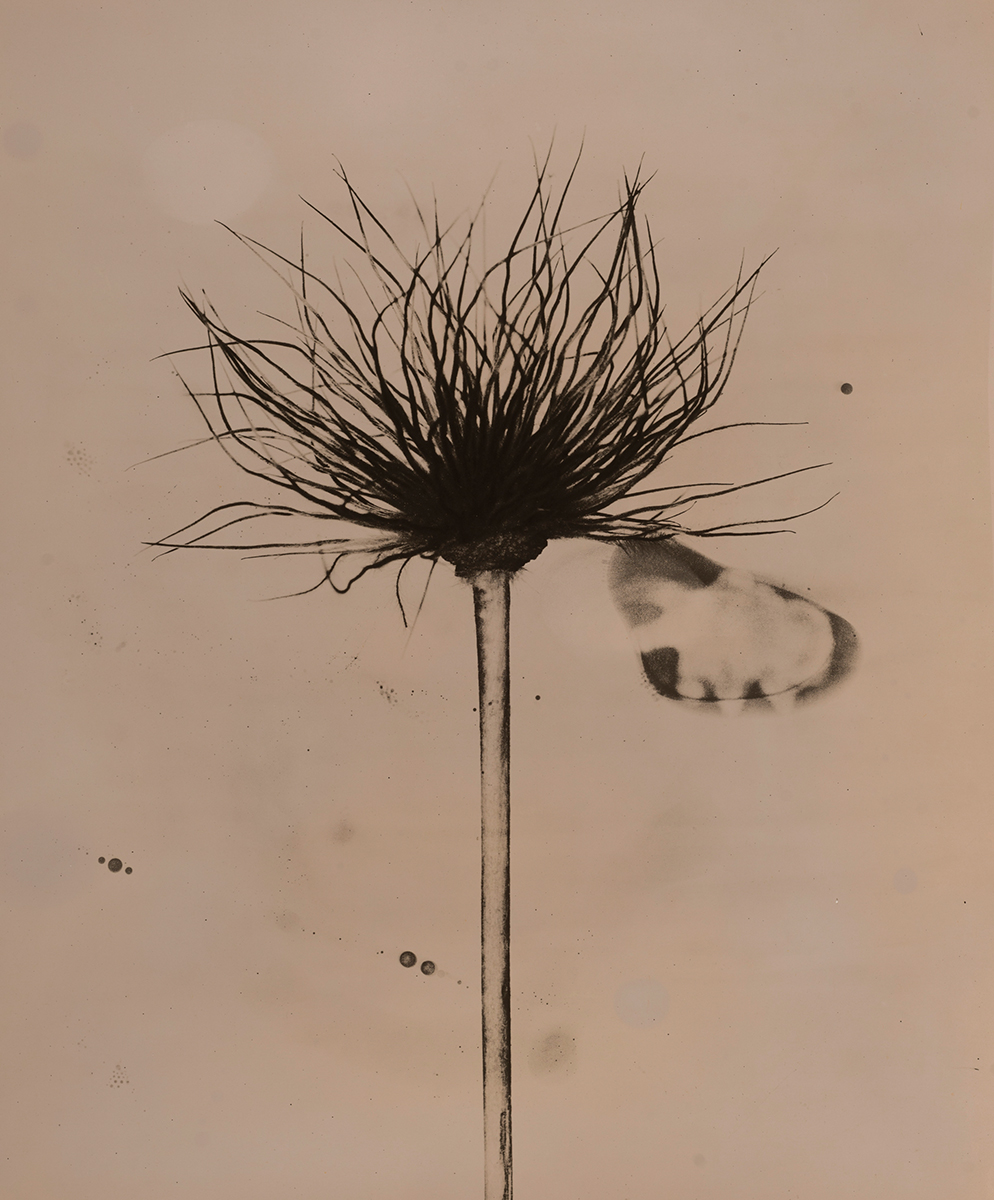 Untitled (Negative No. 1335/1) from the Untitled series

The Untitled series, which is an ongoing project, consists of minimalist monochromatic photographs of plants, fruits, still lifes, and landscapes, copied by Żak himself by means of classic darkroom techniques. By using a specific process and materials, Żak obtains images rich in additional elements not present in the reality he captured with the camera. What distinguishes the process used to produce this print is that Żak left it in the stop bath between development and fixing with the light on for a long time. This caused a uniform gray-pink layer to be formed across the photograph, dimming the whites in the light areas.