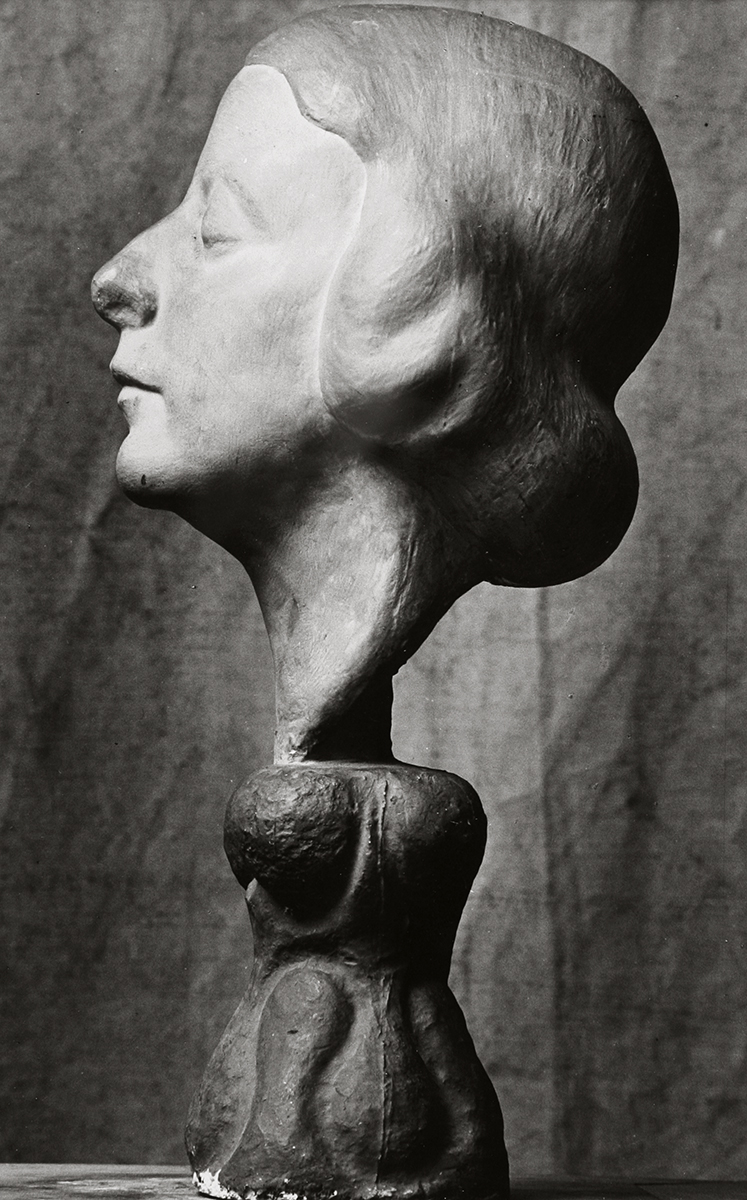 This photograph, which shows a sculpture of Rita Sacchetto (1880-1959) made by August Zamoyski (1893-1970), was taken in 1917, the same year that the sculptor and the dancer got married. Kossakowski photographed Zamoyski’s sculptures on a number of occasions - for the first time in 1968, when he was asked to help him produce a catalogue of his works. He went to France, to Zamoyski’s house in Saint-Clar-de-Rivière near Toulouse, and produced c. 600 negatives there. The photographs were reproduced in a bulky catalogue of Zamoyski’s sculptures, published by the Arkady Publishing House in 1974.