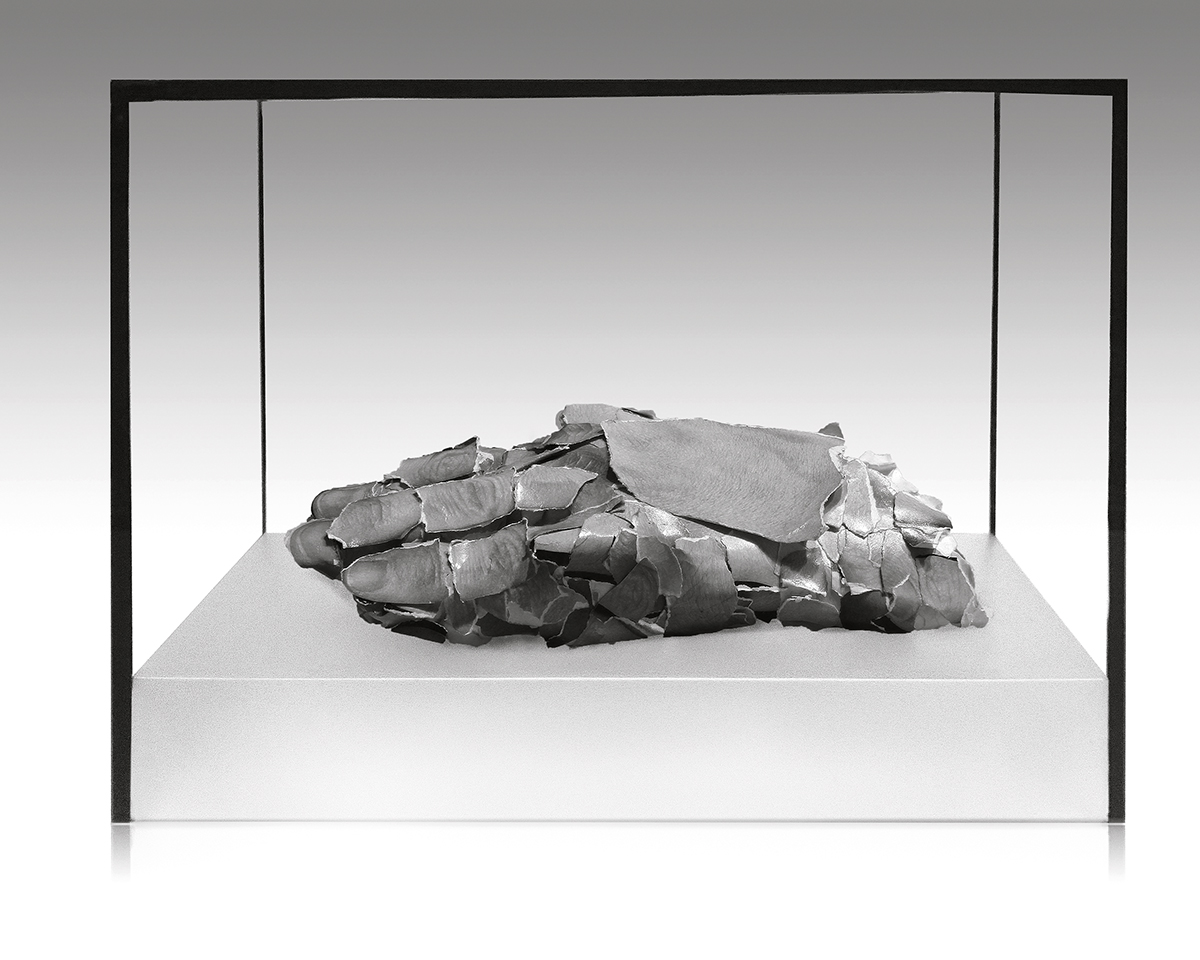 Left Hand, a Prototype from the Objects of Reality series

The body of work which this is part of was created in connection with the Fragmentation-Defragmentation exhibition at the Ars Nova Gallery in Łódź (2006). This is how Polcyn explains the terms, taken from computer language: "fragmentation is an adverse symptom since it slows down the computer and extends your working time. The opposite process is defragmentation, i.e. the organisation of files on the hard drive into a single region, thanks to which the computer reads them faster." With his series of photographic objects, Polcyn alludes to the fragmented perception of man in the general, humanist sense, making reference to the works of Alina Szapocznikow from her Tumours series and Self-Portrait (1993) by Paweł Althamer.
Exhibition: Sketches by Artists Associated with the Academy of Fine Arts in Cracow, Gallery of the ASP in Cracow (2015).