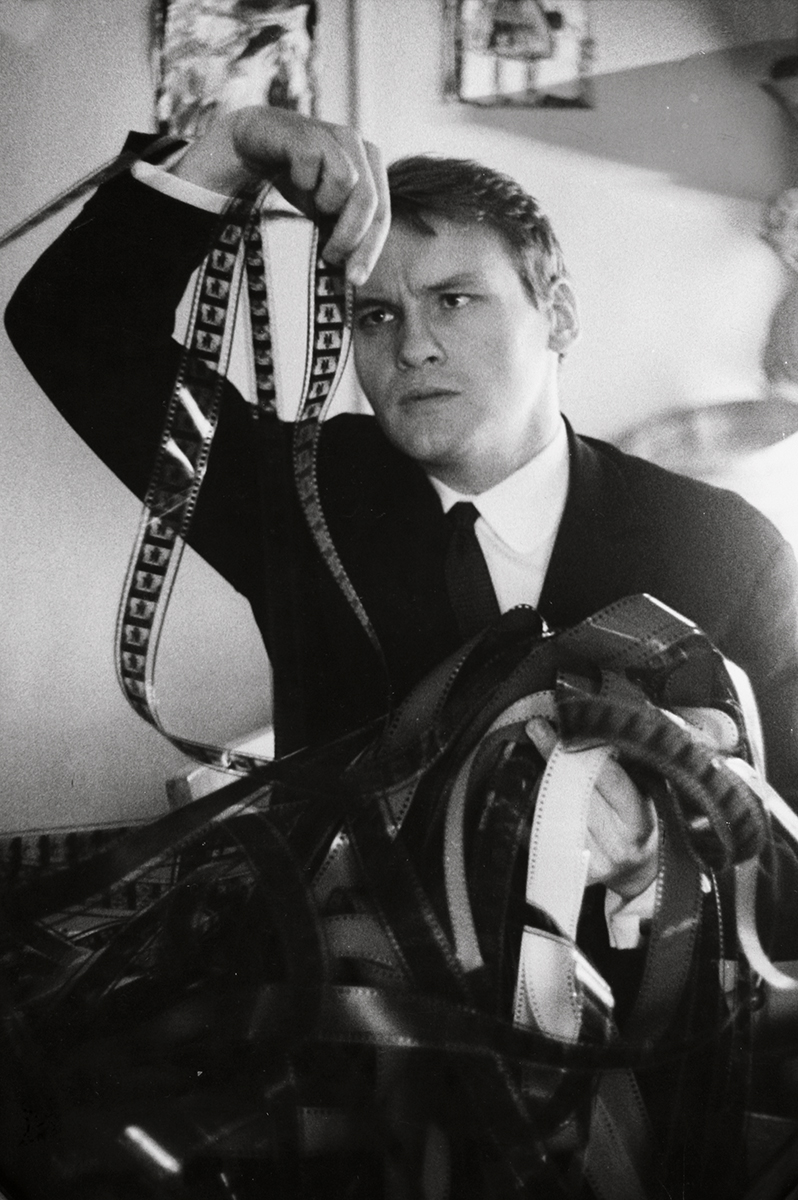 This portrait depicts the distinguished Polish director, screenwriter and film actor Jerzy Skolimowski (1938). He has proven his artistry as a director in such films as Identification Marks (1964), Walkover (1965), The Departure (1967), The Shout (1978), Moonlighting (1982), Four Nights with Anna (2008). As an actor, he has appeared in Innocent Sorcerers (1960), a cult classic by Andrzej Wajda, and in megaproductions such as Mars Attacks! (1996) by Tim Burton, and The Avengers (2012) by Joss Whedon. Skolimowski has won a number of awards at international film festivals, and has made a name for himself as one of the most distinguished filmmakers in the history of Polish cinema.
Most probably, this photograph was prepared with the aim of being reproduced in the Kino monthly.