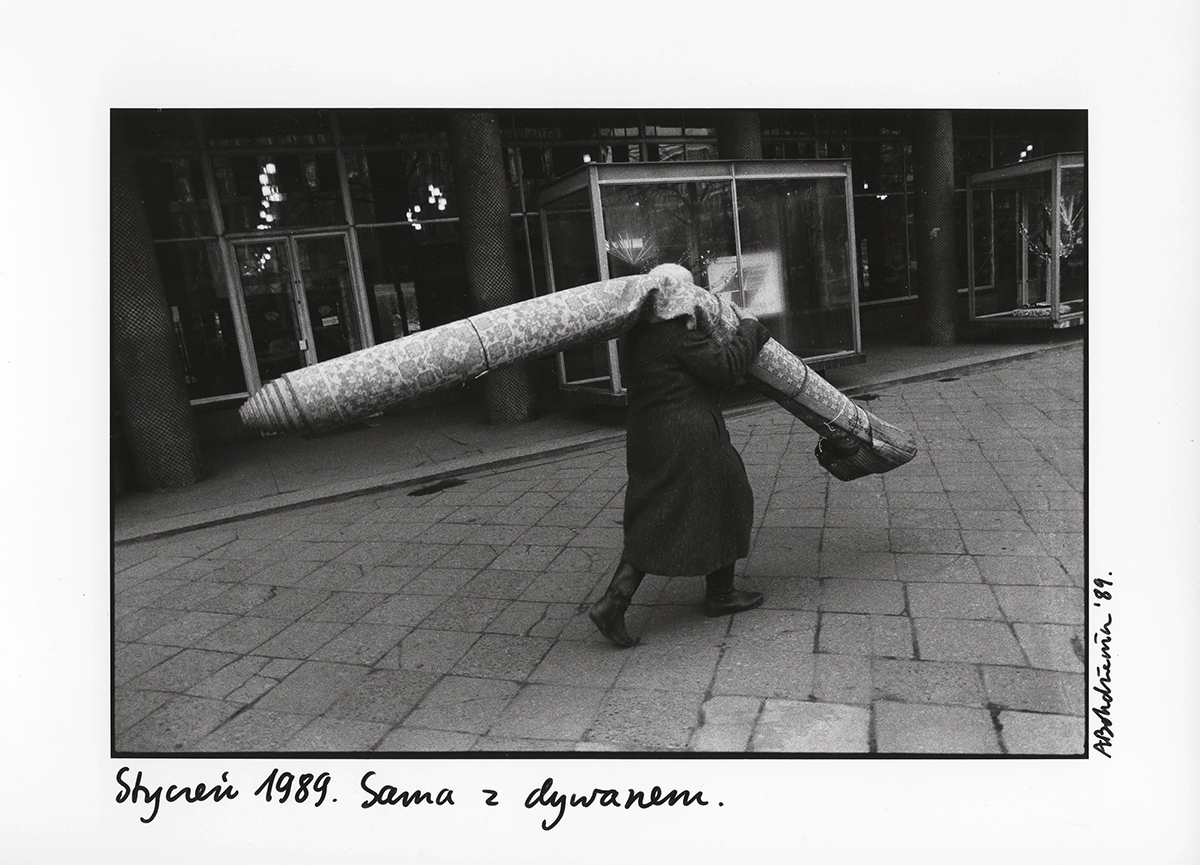 January 1989. Alone with the Carpet from the Photojournal

This photograph comes from a series of works titled Photojournal or a Song about the End of the World, which Bohdziewicz has been working on since 1982. The series is a subjective record through which she tells a story about the quickly changing world that surrounds her, where private life interacts with public life and political reality. Bohdziewicz adds a short hand-written inscription to each picture.