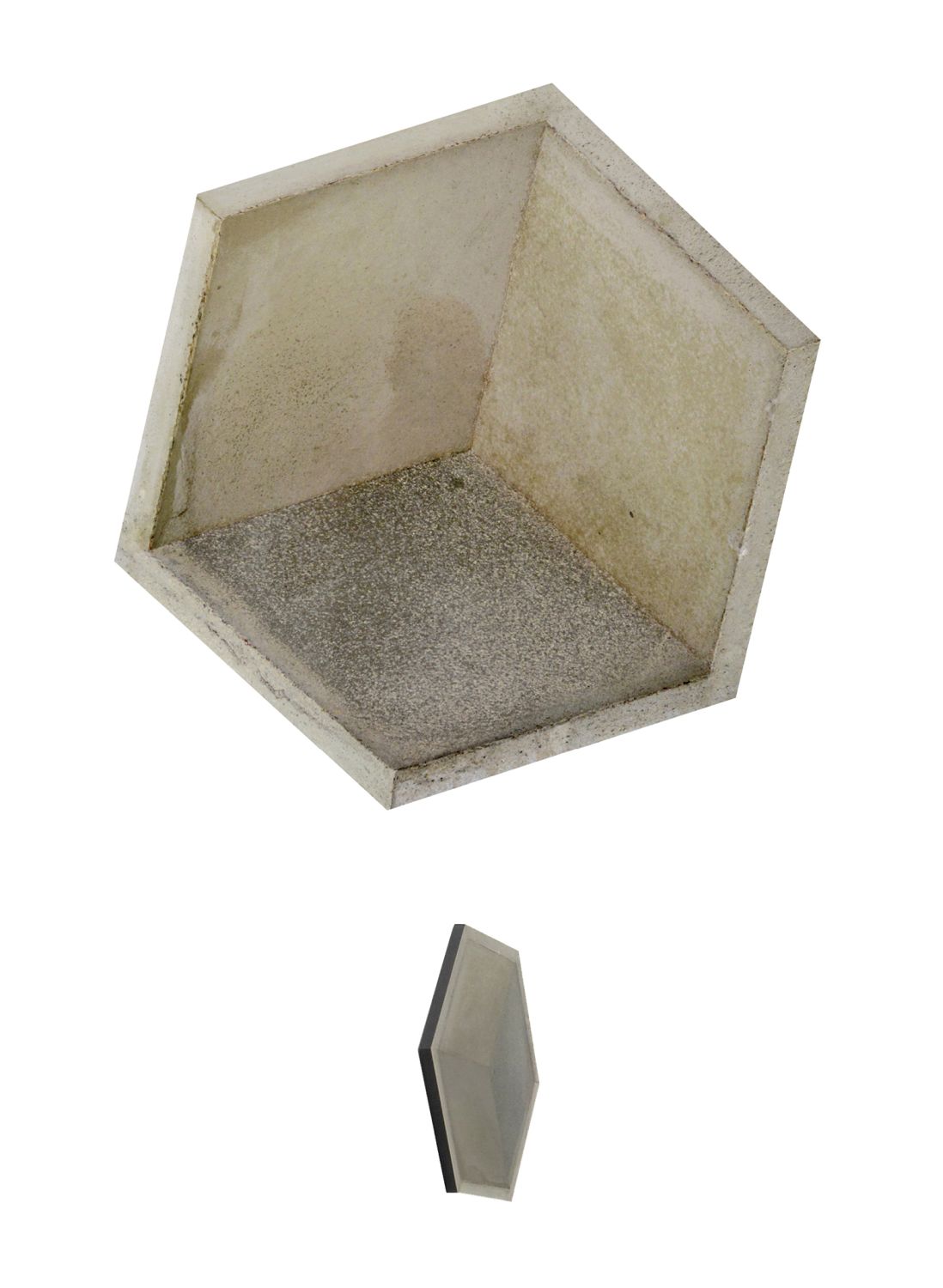 Hexagonite from A Glass Shard in the Eye series

The work was created in collaboration with Olga Mokrzycka-Grospierre for the exhibition A Glass Shard in the Eye, BWA Warsaw (2014), which explored the problems of vision and ways of looking at things - including art. It was conceived as a form of dialogue between the works by Mokrzycka-Grospierre, which she created in a physical way with white canvas as the starting point, and pictures taken by Grospierre, which act as photographic representations of reality. She developed her own painting technology, using concrete panels which she made herself, and then used as the supports for her paintings. Meanwhile he photographed several such unprocessed panels, from which he built his Hexagonite photomontage.
Exhibition: A Glass Shard in the Eye, BWA Warsaw (2014).