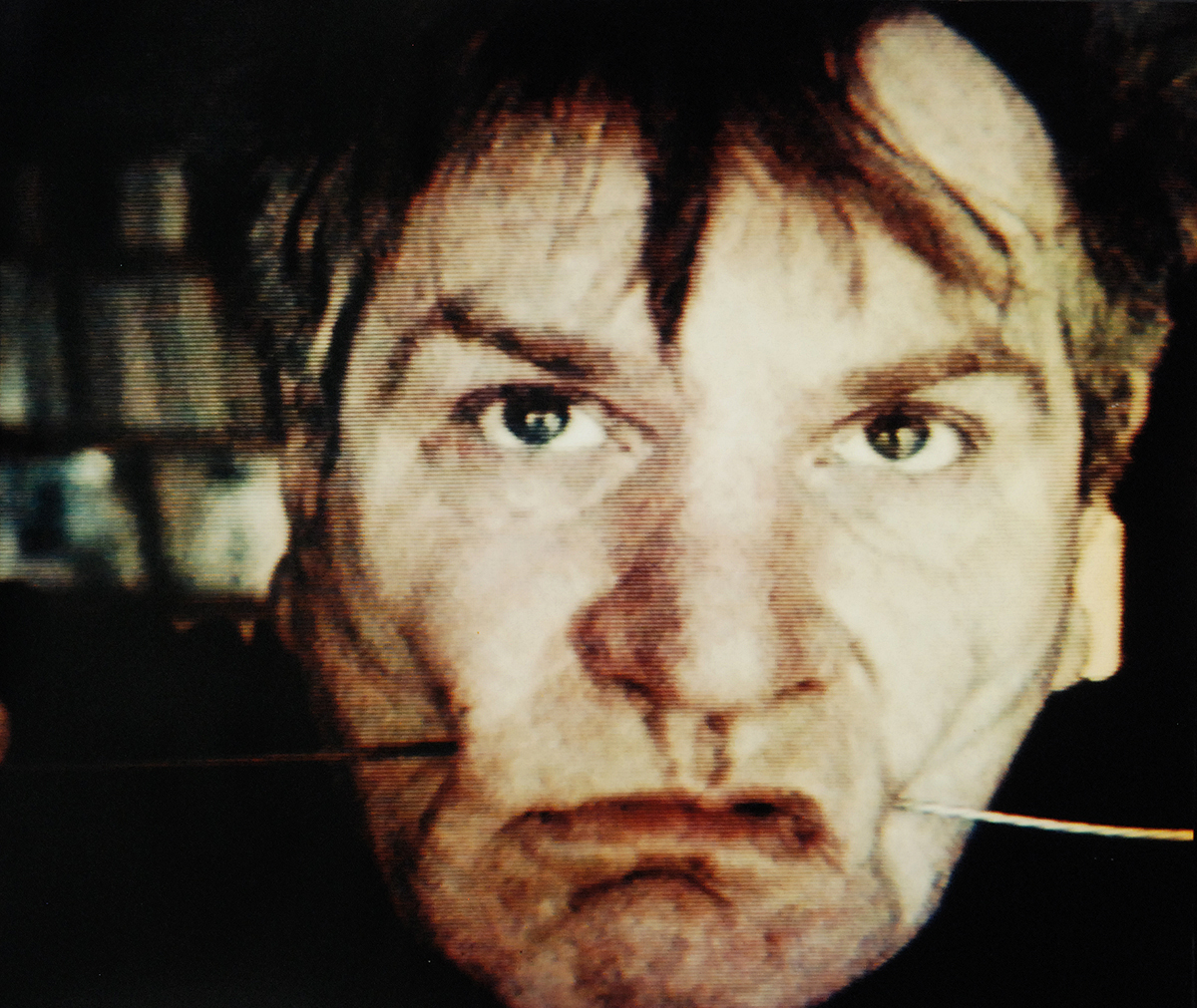 From the Masochistic Little Pictures series

This photograph is a stop frame from the Masochistic Little Pictures video, which is one of Robakowski’s experiments with TV transmission. For some time, Robakowski made self-inflicted torture the central motif of his works, engaging in a performance in which he tested a range of sophisticated forms of torture in front of a camera. He would deform his face with various instruments, including a fork, broken bottle, try to pierce his cheeks with needles, bore into his ears with a drill or cut his ears off with a pair of pincers.
The series has been widely exhibited and reproduced.