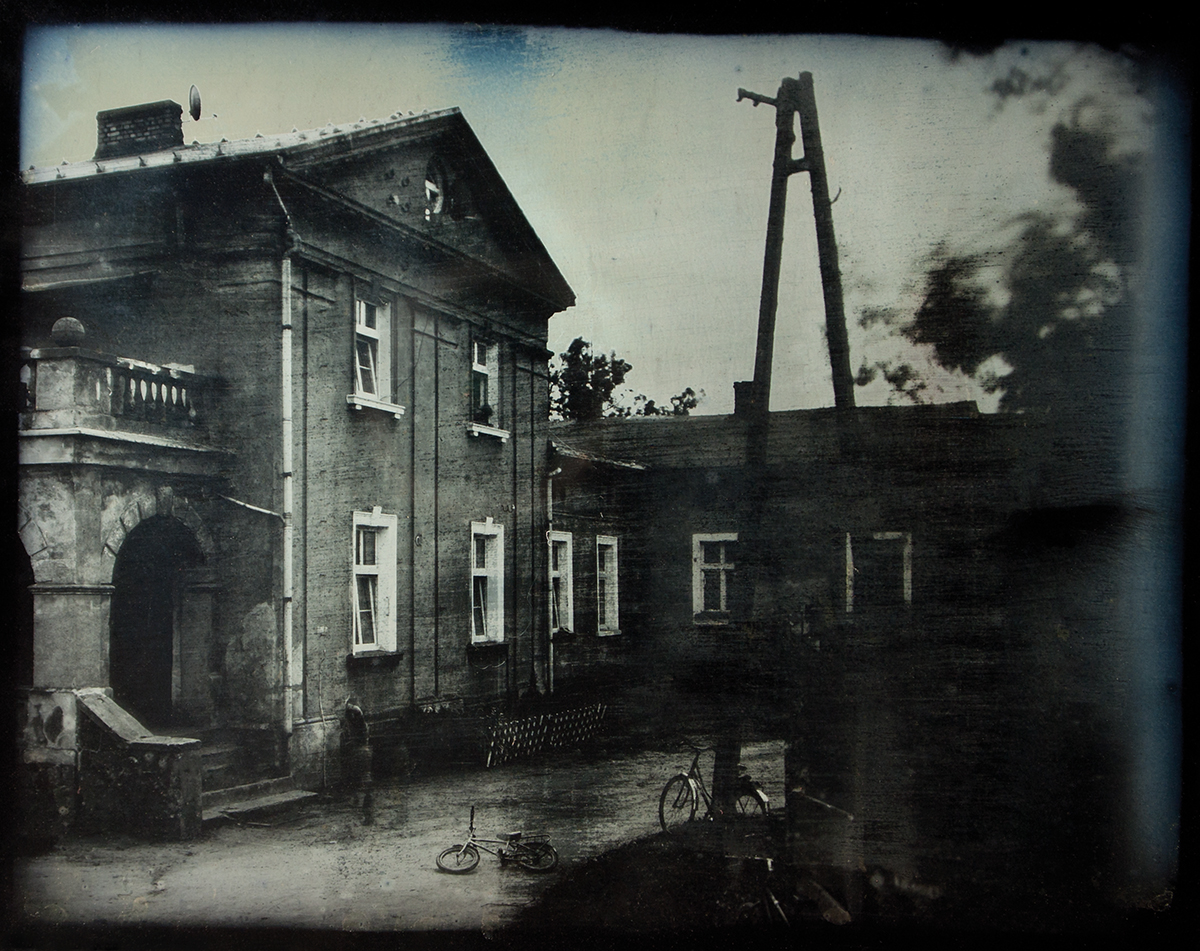 As the artist explains, Melquiades’ Camera is "a journey to rural, suburban areas, seeking peculiarly important places for the local community. These locations become the background for staged situations, inspired, among others, by 19th-century photographs, where the scenes with people - while appearing to be natural - are often staged, almost theatrical." The series was produced using the daguerreotype technique - one of the earliest photographic processes, in which the image is produced on a sheet of silver-plated copper polished to a mirror finish. The invention of the daguerreotype by Louis Jacques Mandé Daguerre in collaboration with Joseph Nicéphor Niépce was officially announced in 1839, and is considered to be the symbolic beginning of the history of photography.
The work has been widely exhibited and reproduced.
Klupś’ art was appreciated by the Louis Daguerre Museum in Bry-sur-Marne, France, which purchased one of his daguerreotypes from the Melquiades’ Camera body of artworks for its permanent collection (2015).