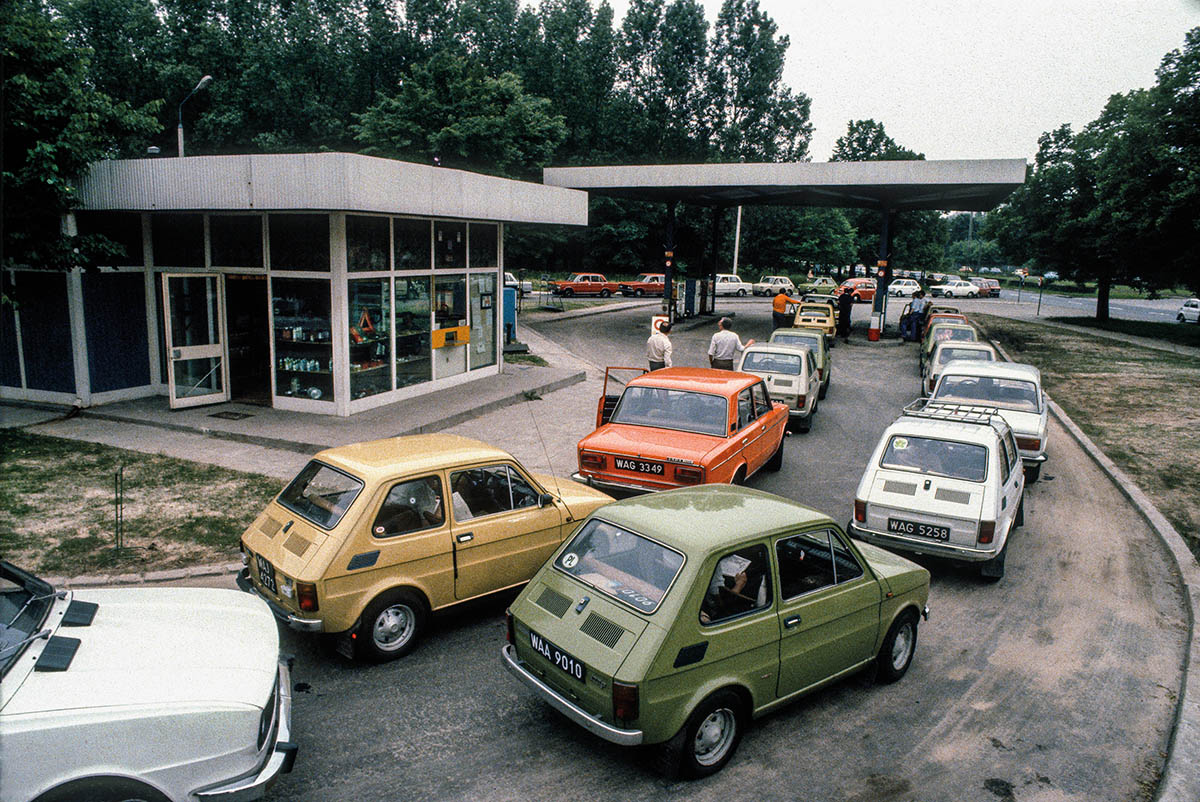 In the early 1980s, the number of cars on the Polish market, including the iconic Fiat 126p, grew significantly. Unfortunately, at about the same time, Poland saw the first signs of fuel shortages. The authorities started to introduce ad hoc solutions, such as allowing people to refuel their cars on even and odd days depending on the last digit of the registration number. From September to December 1981, the deliveries of fuel to the state-owned CPN petrol stations were so rare and irregular that one needed to be very lucky to tank up. This photograph shows the queue at a CPN station at Al. Niepodległości, near the Building of the Central Statistical Office in Warsaw.