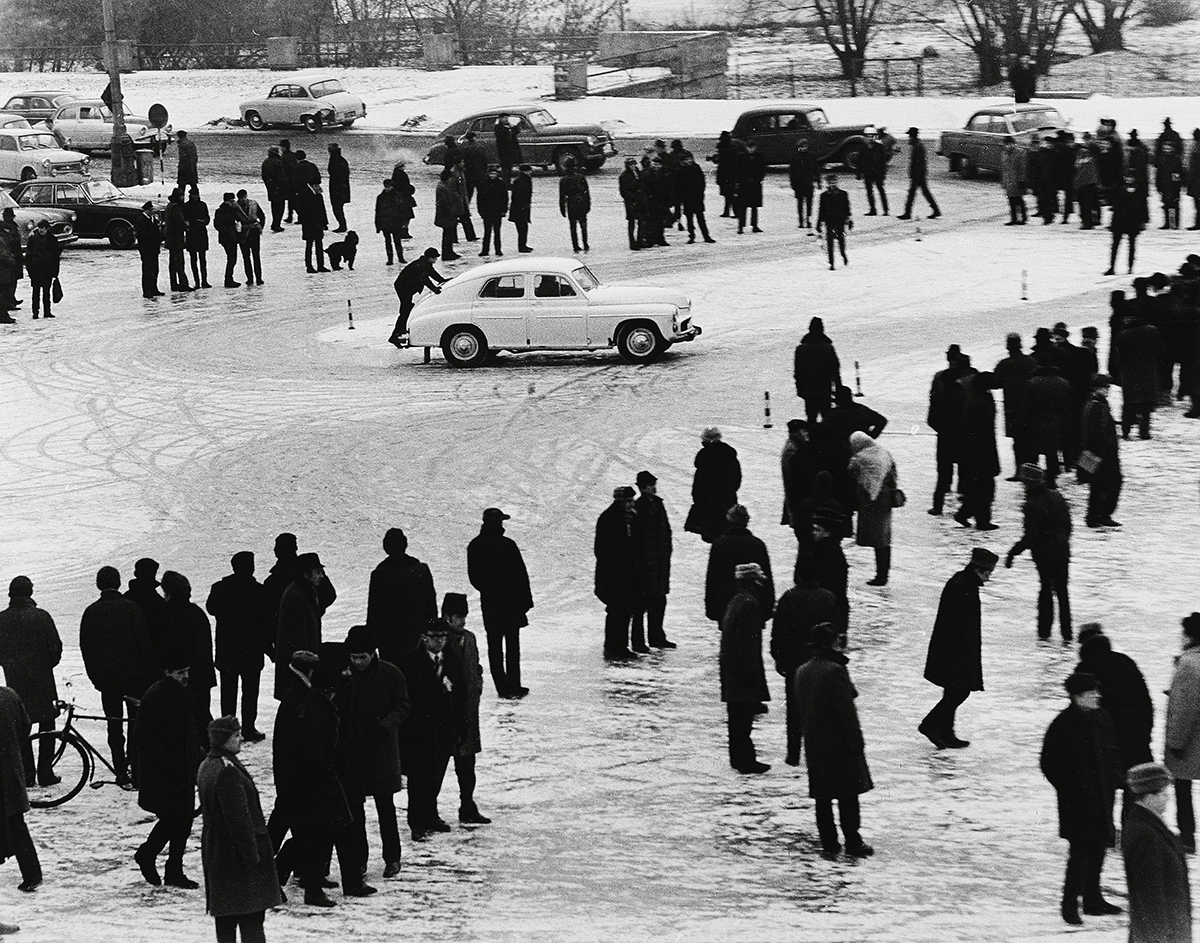 This photograph shows the Warsaw stage of the Monte Calvaria car rally. The car in the centre is the iconic warszawa, which was the first mass-produced car in Poland after World War II. The photograph captures the unique atmosphere of car rallies at the time. The man standing on the rear bumper is probably ballasting the vehicle, which had rear-wheel-drive, so that the tyres could have a better grip.