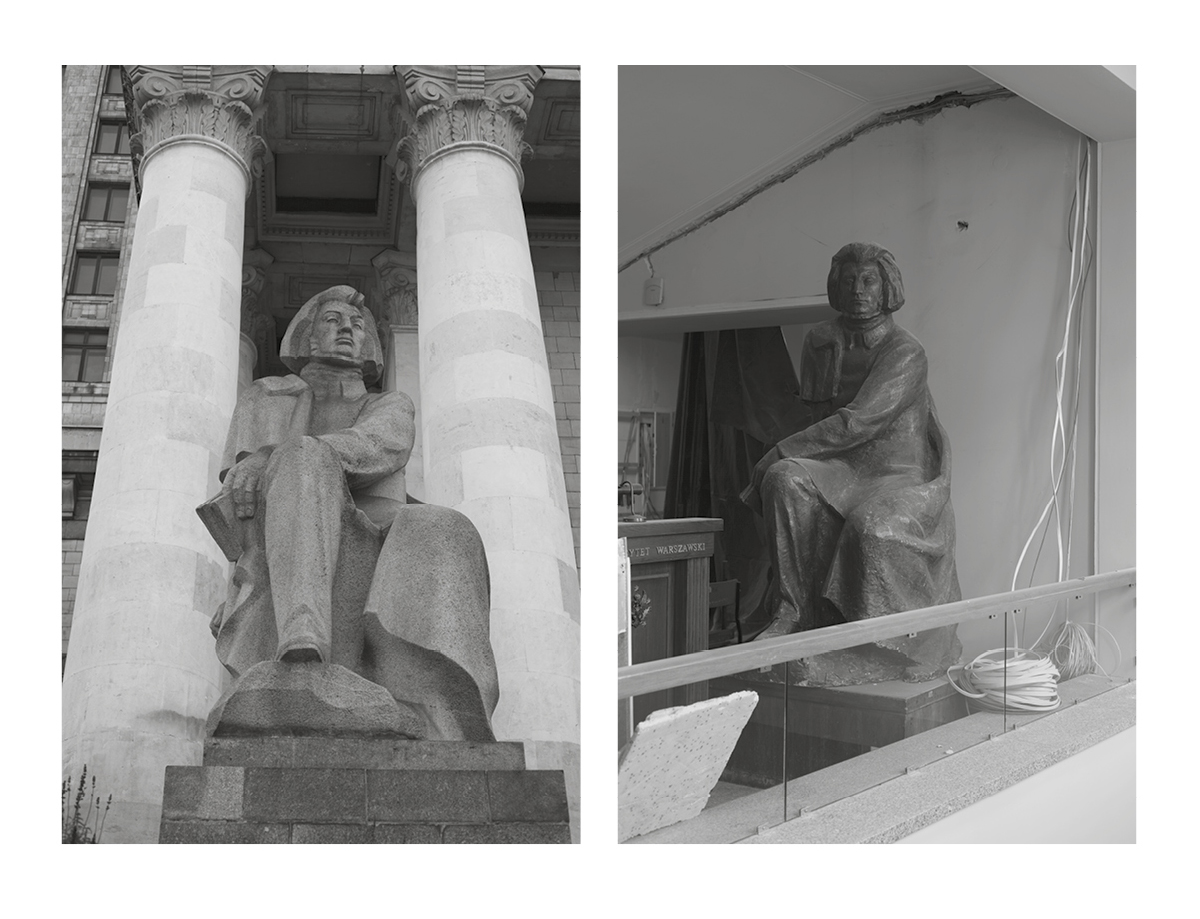 #3 (Mickiewicz) from the Lives of the Unholy series

The artist describes the Lives of the Unholy body of work as "a visual archaeological study of the city of Warsaw, an attempt at looking closely at the phenomenon of the destruction of monuments in Poland in times of political transformation." The project is focused on the monuments and public sculptures in Warsaw that have taken the place of others, and also on the squares, the surroundings and sites left empty after their disappearance. It draws attention to the toppled statues themselves as well, interpreted as ruins of representation. Pijarski explains that "today the fact that Warsaw was rebuilt after the war as a promise of a social utopia is practically imperceptible. Its post-war roots have become hieroglyphs. The Lives are an attempt at a visual reading of the city’s hidden grammar, of the mute language it speaks."
Exhibitions: Warsaw / Lives / Ruins, Haller Square, Warsaw (2012), works from the Lives if the Unholy, C/O Berlin (2015) series.
Publication: Lives of the Unholy (Krzysztof Pijarski, 2012) - the book is part of the lot.